The New and Improved Drupal Commons

On February 26, 2013 Acquia announced the release of Drupal Commons 3.0 to the public for Drupal 7.  This third generation release by Acquia included several new features to help enhance and accelerate the creation of communities and social applications within Drupal. This distribution is bundled with other modules that are pre-configured to work with Drupal Core.  While Drupal core was designed to be flexible, without much attention to the look and feel, Commons was designed as more of a complete package out of the box.  And Commons is also free to all users.

The first release of Drupal Commons, Commons 1.0 was on August 5, 2010 and Acquia has made significant improvements with each release. 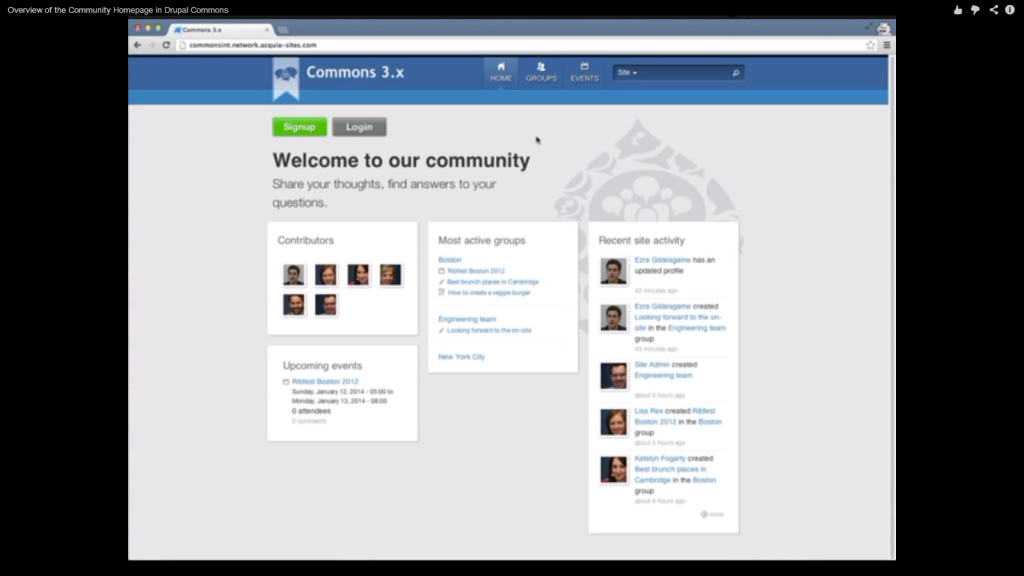 Below is an overview of its new features:

Most recently, Acquia released Commons 3.3, on August 22, 2013 which is sponsored by the Recording Academy and includes contributions from Gizra, Lullabot, and Metal Toad.  This release builds on the already robust Commons 3.0 and includes the following new features:
With this release, Acquia has also announced that the next major release of Commons will be before the end of the year and will include real-time analytics and localization features.

Drupal Commons 3.3 is available for download now at https://www.acquia.com/downloads

Function1 has been using Commons to build a few web sites for an organization, leveraging its features to provide a social enterprise solution.  If you are interested in finding out more about the recent versions of Drupal Commons, please let us know.